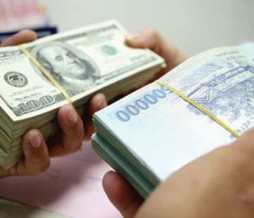 Haiphong city continues to determine that foreign direct investment (FDI) plays an important role in promoting economic restructuring, renewing the growth model of the city towards green city, sustainable development as indicated in the Conclusion No. 72-KL/TW by the Politburo on further promoting the implementation of Resolution No. 32-NQ / TW of the Politburo of the IXth Congress on “Building and developing Haiphong city in the period of industrialization and modernization of the country”. Decision No. 216 / QD-UBND dated 02/2/2017 of the People’s Committee of Haiphong City on approval the investment promotion plan of the city for the period 2016-2020, orientation to attract investment of the city is defined as follows:

To attract investment by sectors

– Regarding to infrastructure construction: To encourage investment in the development of infrastructures of industrial parks, economic zone, seaports and port logistics services in various forms such as BOT, BT, PPP; To develop four trade infrastructure groups: export and import infrastructure, wholesale and retail infrastructure and fair and exhibition center.

– Regarding to agriculture: To attract investment in agricultural development in the trend of modernization, efficiency and sustainability. To prioritize attraction of investment in hi-tech production in association with assurance of food safety standards and conditions To invest in preserving and processing agricultural and aquatic products for domestic consumption and export, thus raising the added value.

Orientation to attract investment by partners

To renovate investment promotion in the direction of diversifying modes of promotion, mechanisms to support, create environment and favorable conditions for all economic sectors and people to promote all potential to develop the self-promotion activities to attract investment, international cooperation, joint venture and association of enterprises and organizations in the city (irrespective of state or private ownership).